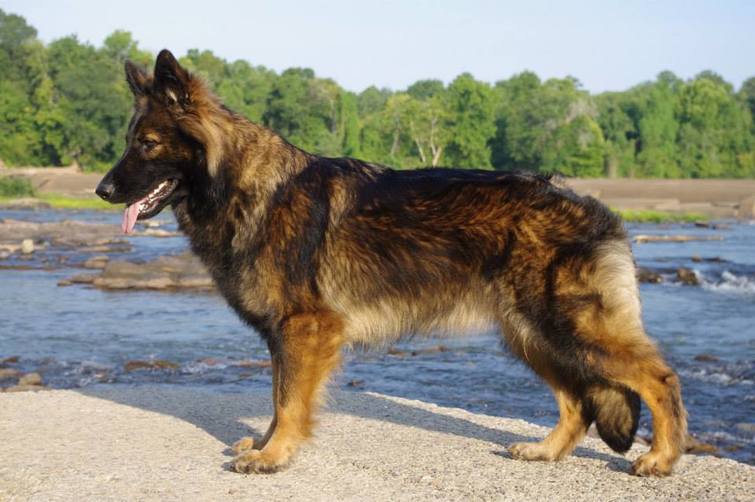 Caldonia (more commonly known at home as "Fluffy") is a long stock coat, dark red sable female.  She is a medium size with heavy bone, weighing in around 75#  She carries the genes for long coat and black and tan coat color.  Other health test results are listed in detail below.  Her pedigree is a combination of primarily West German Working and East German/DDR bloodlines, with some old showline (German and American) influence coming through the lines of her maternal granddam. She has no common ancestry in the first 5 generations.  Caldonia is the product of a second generation breeding from the lines of our foundation female "Izzy".  Caldonia's littermate Cabo is FEMA certified in Human Remains Detection, Tsunami is a Cancer Detection K9 at the Penn Vet Working Dog Center, and Jager is a Dual Purpose Police K9 for Ashtabula County Sheriff in Ohio.

Caldonia is high drive and high energy, yet she is a wonderful house dog, has a great "off switch" and is easy to live with. She will chase prey when appropriate and is safe around our pet cats and other dogs.  Caldonia is highly intelligent and lives to engage with her handler, always giving her best effort, making her extremely easy to train in any venue we've attempted.  Her athleticism is apparent in her work, she has no problems with surfaces or heights.  Caldonia is quick and usually flashy and attentive in her obedience, her handler struggles in this venue.  In bitework, her grips are full and hard, she does enjoy taking the occasional cheap shot at the helper and can be very civil in her work.  She can relax on the sidelines while other dogs are working on the field.   Caldonia excels at nosework sports such as Barn Hunt, and has earned multiple high in trial designations at all competition levels.  She clears the room in a methodical and quick fashion, working off lead independently of her handler, and giving strong alerts to her finds. 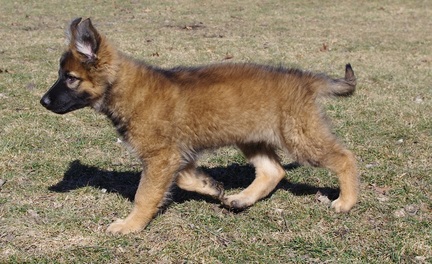 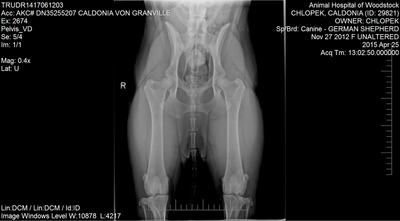 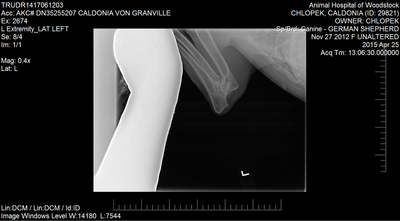 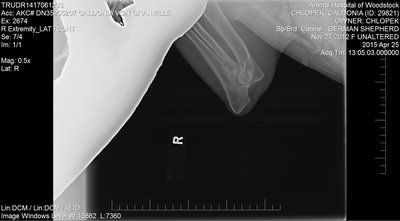 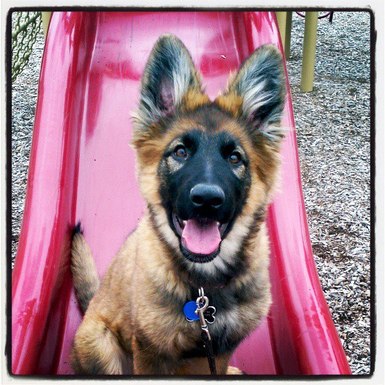 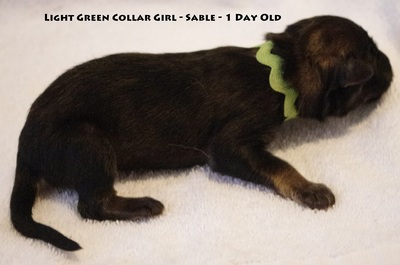 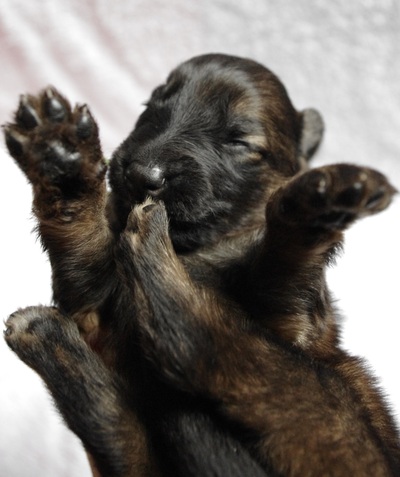 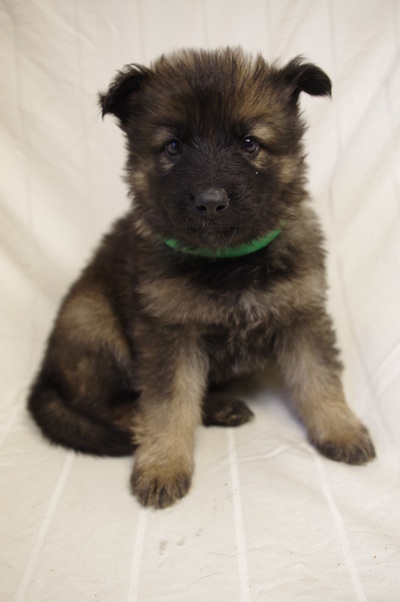 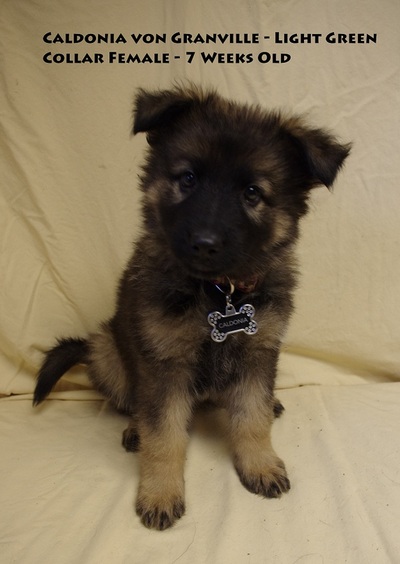 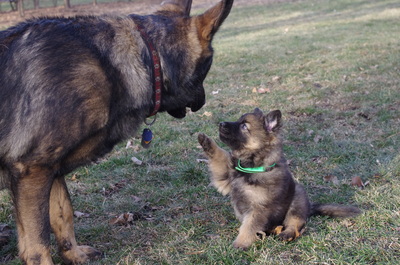 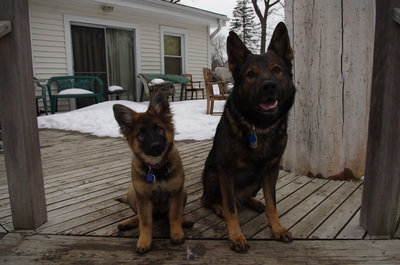 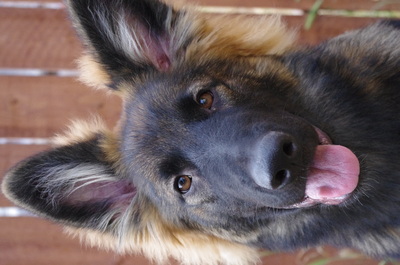 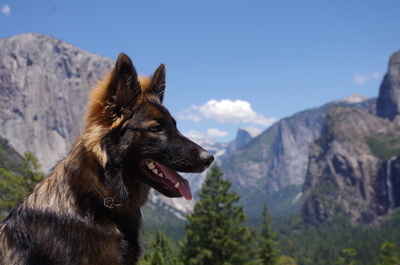 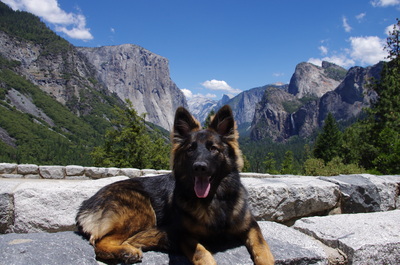 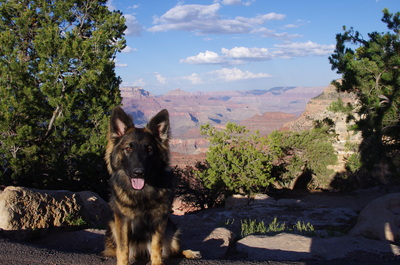 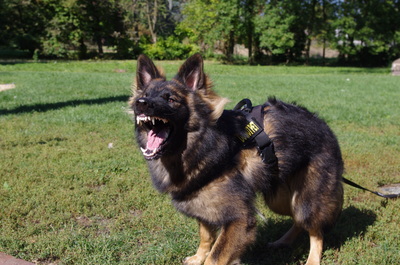 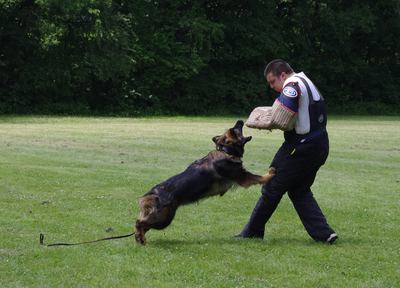 Click here to view Caldonia's extended pedigree in another window